RESEARCH ON ACUPUNCTURE AND ALLERGIES

Several studies on the effects of acupuncture have been done in the past 10 years.

Acupuncture and Chinese herbal medicine have been shown to be effective in treating allergies by stimulating and strengthening the body’s immune system, regulating the immune response and alleviating the signs and symptoms of allergic rhinitis. A randomized controlled study looked at 52 patients with chronic seasonal allergic rhinitis. The control received acupuncture to non-acupuncture or sham points and a non-specific herbal decoction. The study group received a semi-standardized treatment of acupuncture and a prescribed Chinese herbal decoction. The results showed an 85% improvement in the study group and only a 40% improvement in the control group. The study group also showed a significant improvement after treatment on the VAS (visual analogue scale) and the rhinitis quality of life questionnaire.

METHODS:
One hundred and fifty cases were randomly divided into an acupuncture group, an auricular point pressing group and a medication control group, 50 cases in each group. The acupuncture group were treated with acupuncture for 6 consecutive days, once each day, with an interval of one day; and the auricular point pressing group were alternatively treated twice each week; the medication group were treated with oral administration of western medicine saitezan, once daily, 10 mg once. They were treated for 4 weeks, and the short-term and long-term therapeutic effects, and effects on serum immunological indexes were compared among the three groups.

CONCLUSION:
Acupuncture and auricular pressing therapy in improvement of symptoms and signs are better than the medication, and the therapeutic effect is carried out by inhibiting the differentiation from Th cells to Th2 cells, adjusting the imbalance of Th1/Th2 cells and decrease the synthesis of IgE to inhibit allergic rhinitis. 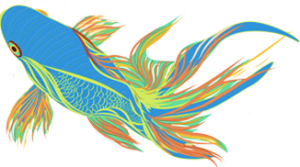